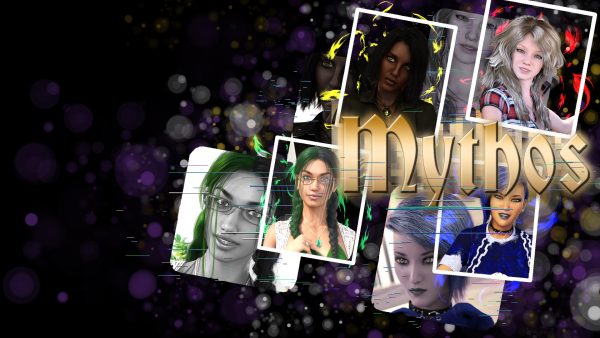 A Supernatural Murder Mystery Comedy!Mythos is an adult visual novel game set in a fictitious version of our world. You follow the story of the main character – which you may choose to be male or female – as they learn of the mysterious death of their ex-girlfriend. Soon, the main character finds themself fumbling through the hidden society of supernatural beings that lurk in plain sight. Some of them are very much like the legends suggest, while others couldn’t be further from what one would expect.

Will our hero piece together the puzzle behind the murder of Lisa Harrison, or will they be consumed by new attention they’ve brought upon themselves?

Mythos will feature multiple choices to solve the mystery, and relationship paths that can be monogamous, harem-based, or even celibate (if that’s the kind of kinky thing you’re in to).