You are a new Mutant who has the ability to be immune to all other Mutant powers including the girl with the deadly touch Rogue. She’s intrigued and susceptible to your influence so you can either play nice and show her the love she’s been missing or train her to be your lap dog.​

New this build:
I spent so much of this afternoon just poking holes in various stockings. . .
Jean and Storm should have proper holy stockings now, Emma still doesn’t, and might not until next major version (0.995+).
The “shrug” crash that comes up in Storm’s life story should be fixed.
Some issues with Kitty flipping poses unexpectedly should be fixed, but report any that are still happening.
I made some changes to various components in which girls are partially stripped and then behave in an expected way, like repeatedly trying to change back to other clothes or lost clothing magically reappearing. It’s complicated.
A few other little things. 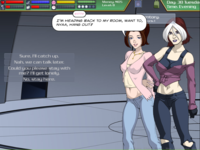 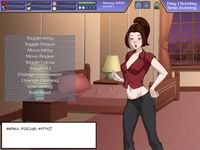