The game based on naughty and perverted dark gothic era of the far future.
Which you, Player will take the role of a young female protagonist, tasked to investigate the disappearance of several officials and other mysterious cases in the city which might be related to certain heretical cult. However, she will not conduct her investigation in a conventional manner, due to her lack of training and proper equipment.
She will have to ‘improvise’ and to use whatever means necessary to achieve her goals.​

v0.27
1. The introduction of two new Characters : Alicyra the felinid abhuman and Sister Genevana the repentia
2. Four New NSFW scenes in the brothel.
3. A new place called ‘The Pink Pearl’ Which is a Brothel, and it is accessible in the mainmap during the night.
4. Heidi will be able to choose to be a female or a futanari in all of this content updates sex scenes 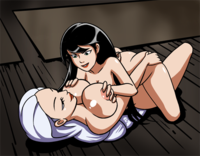 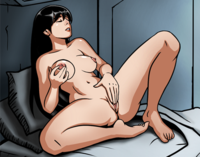