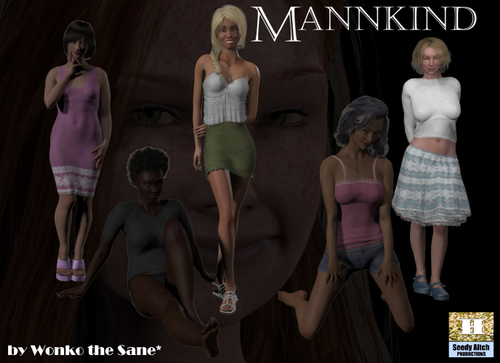 A brilliant scientist has five women from his past who cannot be just in the past. They all share a bond—and a secret. He also has a prototype android woman very nearly ready to be fully activated in his lab, and an unexpected visitor through the dimensional portal there, as well.

As if he hasn’t already got enough on his plate, he’s about to encounter a woman unlike anyone he has ever met before.​