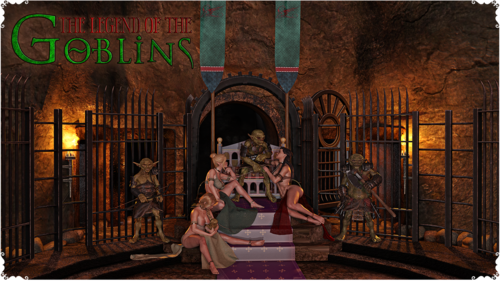 This game is about some GOBLINS who have lost a battle and had to flee empty handed. Deserted and alone, they have to build themselves a colony from ground zero. During their journey they will capture many women, corrupt them, have sexual fun with them and of course breed them.

Pregnancy and corruption and submission will play a huge part in this game. Slowly their clan size will increase as time passes by. And once again the Goblins will rise to power.​

Due to several changes, old saves from 0.1Fixed version won’t work in 0.15 . It is recommended to start a new game but still if you want to see only the new content , start 0.15 with the save file provided.

The changes done are:-

– Don’t forget to read the trait book ( under key items) per day for free +15 XP.
– Autosave feature has been added.
– Game introduction has been changed.
– Removed weapons and armor durability i.e they will not break after battle
– If you are playing at difficulty level greater than equal to 75%, you get an additional health potion per battle won.
These rewards are added passively i.e they are added automatically to inventory after battle. They are not shown in battle rewards.
– Ability to hide on-screen HUD elements ( except TIme of Day ) added.
– Health drain due to hunger can be turned off.
– Fall of virility can also be turned off.
– During battle , when enemy/character is in “confusion” state, they tend to attack themselves or an ally.
In this state, player cannot attack enemy and vice-versa.
– Several dialogues have been updated and small bugs have been fixed.
– One new attack for Fighter class and One new attack for seeker class has been added.
– The attack and defense skills have been given minor tweaks.
– Fixed several typos error.