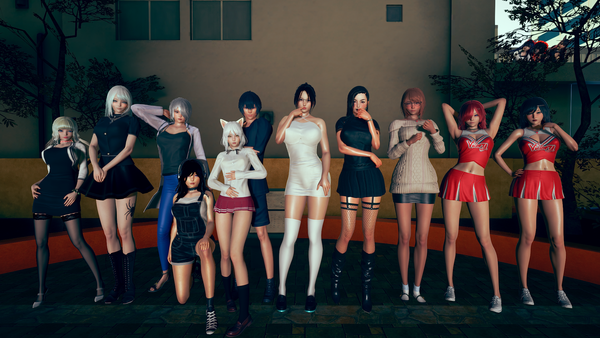 MC is an ordinary guy who has just started his journey of independent and adult life. MC goes to school, has a part-time job and rents a small apartment, without even dreaming of the love and popularity of all. However, one evening turns his life upside down when three unfamiliar girls break into his house. What if, by accident (or not by accident?), the MC now has the power to capture women’s hearts by subordinating them to his own will? So he finds himself in a world of lust and debauchery that he does not understand. What will MC do with the power he has been given, and how will his life be changed? It’s up to you!

Added a secondary event in Eldoran.

Added new mini events in Kate’s (the older of the sisters) story.

Added in-game mini tutorial on working in the principal’s office, as well as a new feature (phone to call girls)

Added new location school infirmary, you can get there by advancing on events Kendra

In the infirmary girl from the prologue Jessica ^^

Fixed critical error if you had no character screens from Eldoran

Now even if you sleep in the tavern of Eldoran you have to get earnings from the club.

Also fixed a bunch of little bugs you wrote me about (Thanks a lot everyone for that!)

Reworked some renders of early events

Warning. If you load an old save, be sure to go to the city map at the beginning. v0.1.0