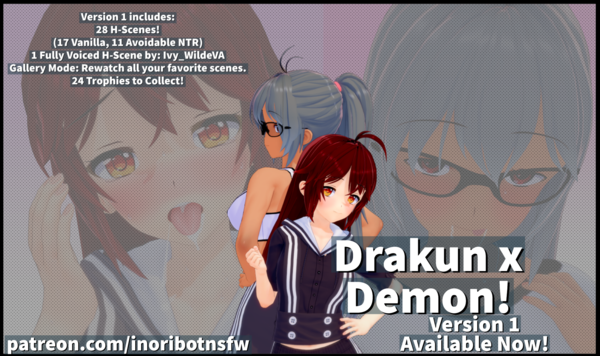 When an aspiring young man comes face to face with the appearance of a terrorist organization, can he become strong enough to protect Autumn city and those he cares about? A Renpy Visual Novel with Vanilla/Netorare Scenairo Selection that can be played entirely with one hand (or on auto).
Drakun x Demon takes place in the fictional city of Autumn City. The existence of magic and demons is commonplace in this world. While some demons live among humans in peace, some demons are petty trouble-makers or wanted criminals. “The Organization” is a government law enforcement agency that deals specifically with these supernatural cases.