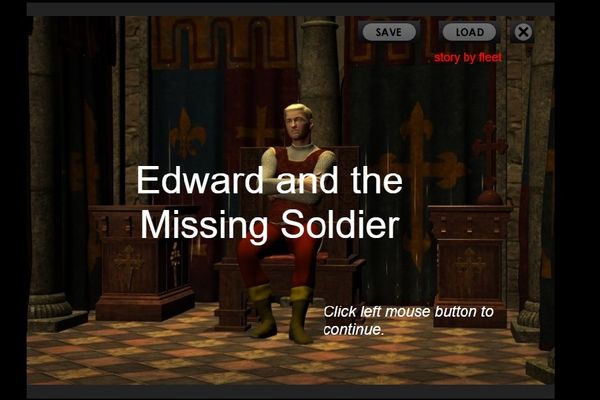 Edward and the Missing Soldier is a medieval fantasy adventure visual novel. Edward’s enlistment is almost finished. His commanding officer sends him to another regiment to escort a soldier back to a local Baron’s castle.
Follow Edward on his adventures. Depending on choices you make, Edward will fight several enemies, such as a giant spider, a wolf-beast, a goblin, an evil monk, or possibly the captain of the castle guard. Will Edward find love in the arms of one of three lovely ladies, or will he end up dead?​