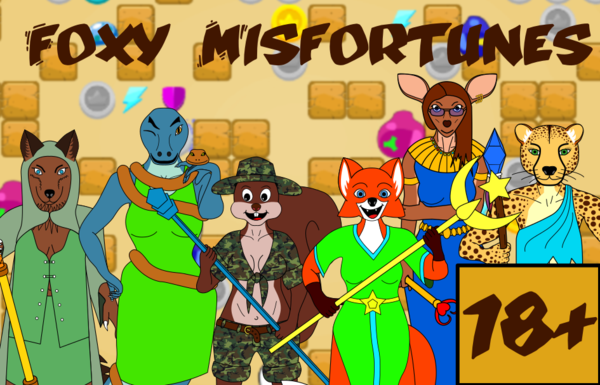 Follow the (mis)adventures of Foxy and her fellow students from the College of Magic who decided to test their skills, were curious or simply silly and by chance have gotten themselves into embarrassing situations leaving them significantly less dressed than it is socially acceptable.​

Alternatively on Debian-based systems like Ubuntu you can download the DEB package and install it through a package manager or by dpkg -i foxy-misfortunes-*-linux-x86_64.deb command.
ANDROID
Download and install the APK. The game requires Android 4.2 and higher.
Note that you may need to allow installation of third-party APKs in phone/tablet Settings.