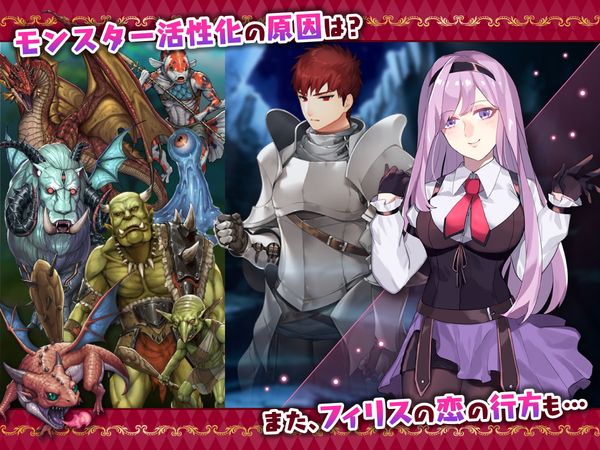 A guild management game where you play as the guild receptionist Ferris!
Recruit new adventurers, and fulfill requests by picking the right heroes for the job.
Battles are resolved automatically. Up to 12 characters can fight in boss battles.
Defeated female adventures will be dragged by the monsters to their lair for breeding…​