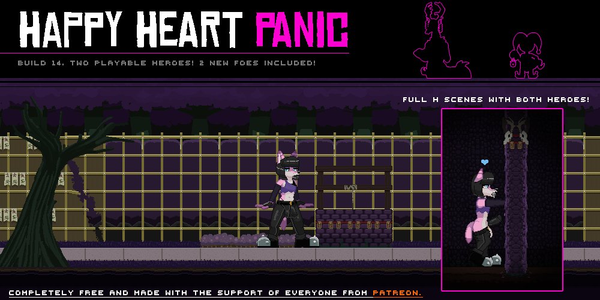 There’s evil afoot and Sam the Protector recruited Whispy the Fox to put a stop to it before the villainous plans of the enemy could be realized. Pick your hero and travel through many different stages to defeat the main boss and the minions within… or become their plaything if you prove insufficient. The game is a side scrolling beat’em up with animations and animated game overs. You can switch between the two heroes at any time and each has their own various animations when they get caught.​