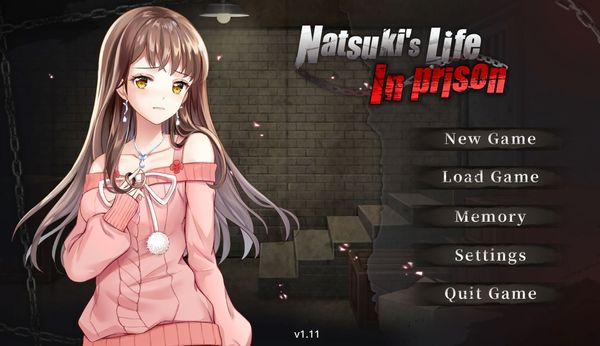 “…What the hell was my mistake? Don’t tell me that such thing could happen to me, just because I’m poor?
”“Getting locked up, drugged, and molested. The reason for my existence isn’t to please men, is it?”
“Stop thinking like that, Natsuki. Things that happened to you are absolutely not your mistake.”
“These men built the country, and they need a woman like you. Such thing happened to you because they need you.”
“It’s not fair for you, right? However, don’t you need money?”
“Making money with your body here earns more than working out there.
Don’t you have a little brother, waiting for the money that can save him?”

Gameplay Instructions
Playing as the first-person, player will act as the poor woman, Natsuki.
Player will have to find hope in the desperate imprisonment life and find a way to escape the prostitution hell with their own intelligence.
The game is divided into 2 stages.
The first stage is the desperate imprisonment life, Natsuki gets locked in the basement.
During the day, she is forced to [attend the customers], while during the night, she “voluntarily” [swallows drugs] and [serves] men.
Try to survive in the dark prison, a world without justice.

The second stage of exploring AVG, Natsuki must use:
[Observe] [Ponder] [Converse] [Attend Customer] [Seduce] [Request] [Serve]
Wait for instructions to fawn on the 4 main characters, Mayumi, Toriyama, Ryuma, and the boss. Then, explore the hidden information of the underworld.
Find a way to sell your body and cater to the boss, endure the sex drugs effects on your body, attend to customers and increase your credibility.
During the process, try to find the crucial evidence, beat the criminal and strive for freedom.