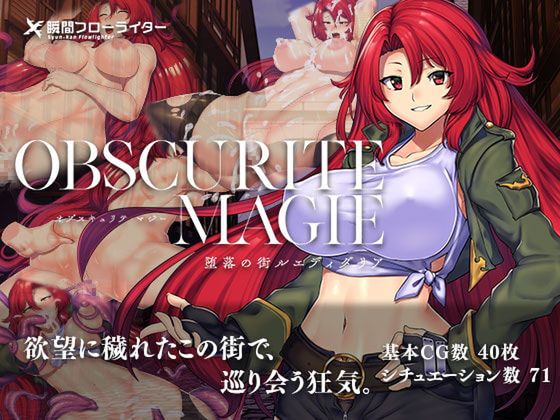 Louise, a famous female bounty hunter known as the “Louise the dagger specialist” has her keepsake, her father’s dagger, stolen from her. She discovers it’s been taken to the city of Ruedidalia. However, the city is rife with crime. Guards, thugs, and crime lord alike openly commit atrocities towards women. The captain of the guard, Myrusia, asks Louise to subdue 4 bounties around the city to find the dagger.
Together with information broker Kelley, Louise seeks out the 4 bounties and endures the dangers of the city to find her keepsake dagger.
But it is no easy task, as the city is tainted with a mysterious desire …​

The application may not function unless a Japanese language pack is set properly in your PC / the System Locale is set to Japanese.