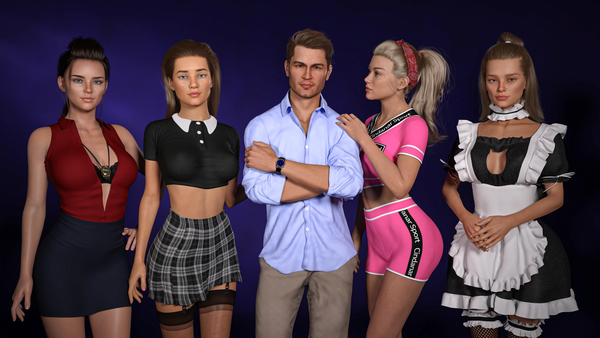 This game follows the story of a hotshot government Agent who has a simple goal: fuck up criminals and fuck beautiful women, and he’ll do plenty of both. MC does have the habit of bending the rules to achieve what he wants and what he believes is right. While unraveling the plot of some powerful and brutal people he will have to decide how far he is willing to go to stop them. MC is going to have relationships with different women some focused on corruption/domination others on seduction/romance.​