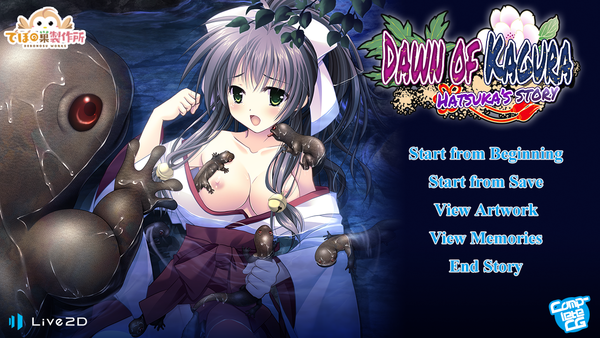 On her way home after completing a quest to exorcise a terrible yokai,
Hatsuka Otowa receives a phone call from Mizumori Shrine—the Shinto shrine her family has run for generations.
It’s her father, who wants her to set out on a new quest immediately.
Having barely returned from her previous one, Hatsuka complains.
Why does she have to go, and not her older sister,
Keika? But in the end she strikes a deal with her dad and agrees.
On arriving at the shrine that sent out the SOS,
a young priest greets Hatsuka and informs her that yokai have started to appear in the neighborhood,
along with some very unseasonable snowfall. Sensing a mysterious force in the nearby woods,
Hatsuka is convinced that it’s the source of all the local problems and confidently sets off to complete her quest.​