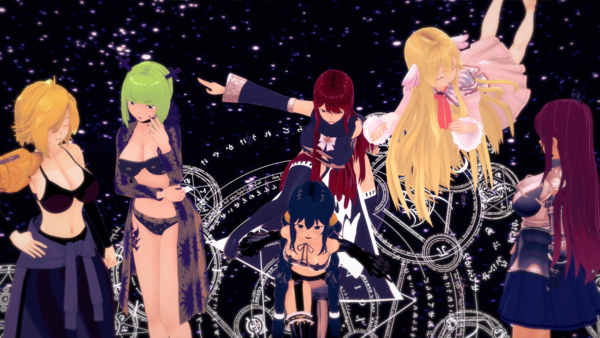 You play as an old wizard who was trapped by an ancient magic, but was soon brought back by an accident. How will you adapt after 2 years in that place? Your body and mind have changed, maybe it’s the change of starting over from scratch! You start to feel the heat of the young blood in your body, now it’s time to do what you want instead of what peoples want!​

1- Extract to desired location
2- Click on “Game.Exe” and get started

There are four (4) new event, 130 new renders, implementation of Card system
Also a bunch of writing (about 4k of words) and only-God-know many many codes.
1 animated scene (H-Scene) and 1 animated scene (NON-H -Scene)
Lesbian content for WENDY x CARLA (Very light, btw -for now at least

Total of 2 new H-Scenes. (You have to play corruption to see Wendy’s one, but the other is totally Free-wee.)