Follow Rina on an adventure through a magical world. After being accepted to study magical elements, Rina finds herself in a precarious situation, monsters long dormant have started causing trouble yet again. She will have to battle her way through various enemies, gain friends and foes alike. And hone her skills as an elementalist. On her journey to uncover secrets of the recent monster activity, she will have to often get physical…​

0.2.2a
I don’t even remember what changed… Though, the jobs (general store and bookstore) have some looksie events and introduce 2 characters, yada yada. The important bit though: If you run the Ol’ Rat Eye mission again, it finally has an ending. The walk home that is which leads directly into another event (which unlocks a mechanic – if you try that mechanic it starts another event with a long awaited character or at least part of his.)
Though, glad 2021 is over, fuck that year. Especially the later part. Here’s to better future, where I draw Rina full of cock non-stop without getting cucked. 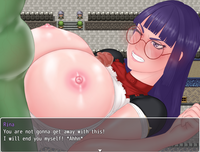 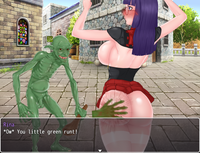 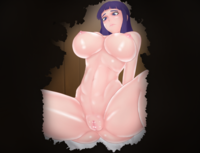 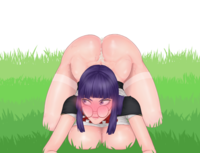