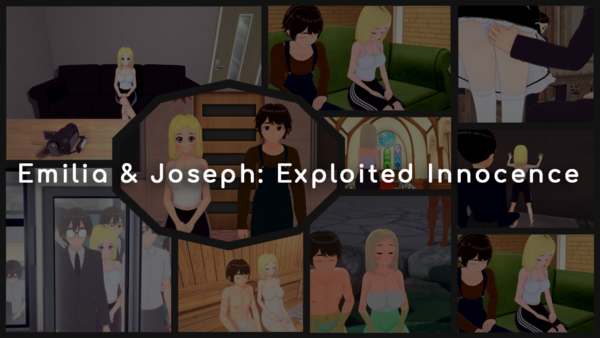 This game is about a young couple, Emilia and Joseph. Both are 19 years old, have known each other since childhood and have recently decided to get engaged. They come from a very remote town called Rosecliff. This town is so remote that they see very little of the outside world. They do not even have internet access. Some people own a TV, but even that is extremely rare in Rosecliff. Most news comes from random travelers who happen to be passing through Rosecliff.
In Rosecliff, it is traditional to have to convince your parents to give their consent before you can marry your partner. In most cases, this persuasion is done by offering them money or working for them for a period of time. Emilia’s parents did not need much convincing. Joseph’s father, on the other hand, wants them to live outside of Rosecliff in a modern city for a while to gain experience and see the world before they commit to each other. Since they would both do anything to get married, they agree and move to a modern and “civilized” city called Coldburn. And this is where the game begins.

A young couple who are dumb and gullible, who have to start living in a city they do not know and they meet people who are more than happy to exploit their innocence for sexual and/or financial purposes. You’ll follow their journey and the situations they have to live through in this new environment.​