Your safe haven, where we try to make the world a bit better by sharing love, peace, weird jokes and also… you know what.
You are playing as an explorer, who found himself on an unknown island. There he finds the whole new world with ancient ruins, traps, wild jungles and we are not here for that, lol.​

Two new girl portraits + one combat portrait (interactive).
Two new big scenes. We guess you’ll like those.
Continue of the scenario quest and a couple of minor events.
New job: fishing. The name says it all.
Combat system! Deal with your first enemy and let us know what do you think.
Fishing system (will be extended in the next update).
Hide & Seek system.
Little secret added. Will be important for future updates.
If you’ll face some bugs in this episode let us know and we’ll fix it ASAP.
Plans
We are already working on the fourth episode (which will contain three scenes) + started preparing a Christmas gift for you.
PS: Save file is inside – straight to new content! 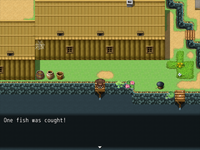 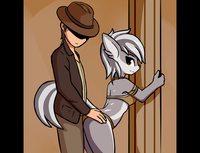 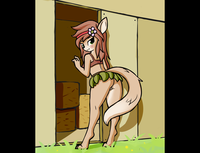 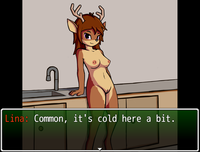