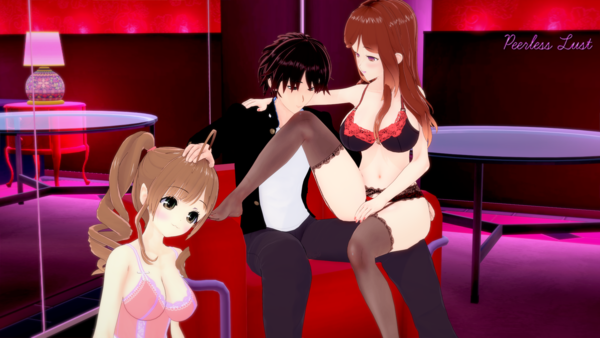 You play as a Peerless Demon Lord of Lust who after begins defeated and imprisoned for thousands of years finally escaped his prion but due to some complications, he ended up in a different world and possessed a body of a weak human.

So the adventure begins:
To regain your power you must spread lust and corruption,
lucky for you this world is full of beautiful women just waiting for you.
It seems like only women can use magic in this world but I can sense my magic and my demon power too seems to work.
So I’m the only male that can use magic in this world? It offers many possibilities!
There are even elves and beast folks. I wonder if there are demons too?

v0.5
– First of Big thanks to jaredh72 for correcting and fixing grammar errors and misspellings in the game. (Yes, I know there was a lot of them ¯\_(ツ)_/¯) All of the texts up to 0.4 ver. are now much better and errors free.

– Some changes in Explore system – a lot easier now.

-New events with Nico (3 new h-scenes) one of these scenes is a POV scene, I would be grateful if you guys give me some feedback about it.

– New location ‘Bazzara Lake’ where you can go after getting a promotion to the E rank adventurer.

– New events with ‘Night Fangs’ Party (4 new h-scenes), Eris will help you join them if you have a high relationship with her.

– I replaced some renders with new and better ones.

– And some more small changes.