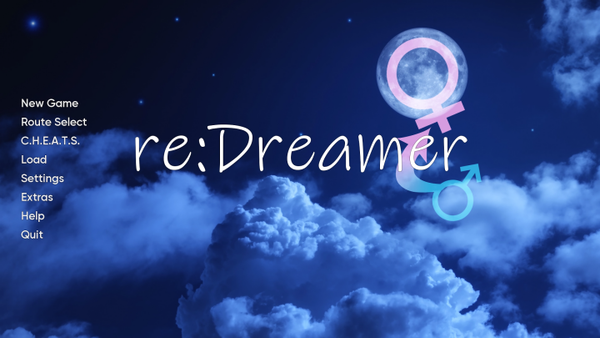 Zach, a broke college freshman and chronic underachiever who’s been coasting through life without a purpose, just found a curious phone game called re:/Dreamer. This incredible phone app has world-bending powers, and he accidentally turned himself into a sexy and voluptuous young woman before he even finished the tutorial. Even worse, unless he wins this perverted game, he’ll never be able to change back!

With an impish and unreliable in-game A.I. as their only lead on how to change back and the ability to get help from a single friend he’s allowed to invite, will Zach be able to win this predatory game without giving up the things that make him a man in the process, or will he lose and remain stuck as a woman?​

Android:
1. Extract and install the APK.

The full changelog has actually gotten too big for forum posts on other websites, so it is now found at https://justpaste.it/rdchangelog so that only the changelog for the latest public release is on this post.